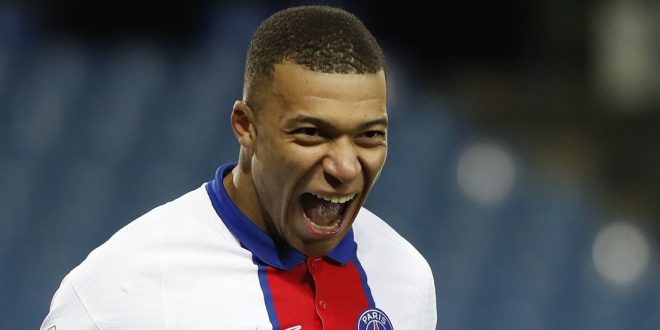 Mbappé scores his 100th goal as a Paris Saint-Germain player

This post has been brought you by  laroja-deportesonline.com  The best online site to watch live soccer matches

At 21 years of age, the French striker becomes the fourth player to reach the 100-touchdown mark with the Parisian squad.

The young French soccer star Kylian Mbappé scored his 100th goal this Saturday wearing the Paris Saint-Germain jersey against Montpellier, with which he sealed his team’s victory by a score of 3-1.

The French striker, who entered the field at minute 78 of the game, took advantage of a great cross pass from Kurzawa to score, already in spare time, his tenth goal of the season, and the 100th goal in 137 official matches defending the colors from the Parisian club.

At just 21 years of age, Mbappé becomes just the fourth player on the team to reach a hundred goals. The other three footballers who have achieved it are Edinson Cavani, the team’s historic scorer with 200 goals, Zlatan Ibrahimovic and Pauleta, all considered great references for the club.

Previous “I Refuse To Pay Tribute To Diego Maradona Because He Was A Rapist And Abuser”
Next Cristiano Ronaldo, the arena’s predator for more than a decade