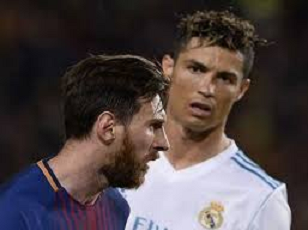 This post has been brought you by  laroja-deportesonline.com  The best online site to watch Live Soccer Matches

The usual and relatively new (it has been in force for a few years) the Globe Soccer Awards gala was held yesterday. A ceremony that takes place in Dubai and in which the best player of each year is also recognized among other things. It does not have as much prestige or importance as the Ballon d’Or or The Best galas, but at the end of the day it is an award that a footballer takes to add to his record.

As happened in 2019, the award for best footballer went to Cristiano Ronaldo. With a small difference: instead of winning the trophy for Best Player of the Year, yesterday was the one for Best Footballer of the XXI Century. In other words, all the players who have participated in this sport from 2001 to today were taken into account.

The battle that both have had for 15 years at the top of football is the best in history between two footballers. They are two absolute and unrepeatable stars with a legendary rivalry. When one makes a record, the following week the other responds and vice versa.

In season (9) in which Cristiano was a Real Madrid footballer, the exponent of the rivalry was the maximum, since Messi of course was the great star of Barcelona. The two best players in the world on the two best teams in the world. Without a doubt! 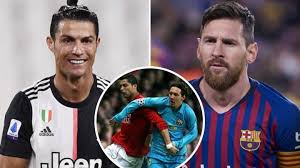 Previous Messi wants to go to MLS, and Newell’s?
Next A Brazilian defender scores one of the best own goals of the year (VIDEO)