Iowa woman killed by a random bullet while driving back home

A woman from Iowa was fatally shot by a random bullet while she was driving home on Sunday morning, said the Waterloo police.

Micalla Rettinger, 25, was driving her car on US Highway 218 at about 2:30am on Sunday and was accompanied by two other passengers when suddenly, a random bullet struck her. One of the passengers, Adam Kimball, got injured and is undergoing treatment at a hospital in Iowa City. The other passenger, luckily did not suffer from any injury, said the police.

As per a report, the bullet first hit Rettinger in the neck by tearing through the window of the driver’s seat of her car and later struck Kimball. Rettinger somehow managed to drive the car to a highway portal, even after being shot, where the authorities later pronounced her dead at the spot, the report further said.

According to investigators, Rettinger as well as Kimball were on their back home from work when the incident took place. However, there’s nothing to indicate that the two victims in the case were in any way engaged in any activity which may have resulted in them being shot.

The police have issued a reward worth $7000 in order to get hold off the person who is responsible for shooting Rettinger as well as injuring Kimball.

At Newz Wave, Linda Lieberman creates news pieces for the latest happenings in the US. She is a proficient journalist and editor who holds a reputable portfolio with proficiency in content analysis and research. In short, she is the backbone of this project.
Previous Researchers discover an unexpected stretch of ice on Saturn’s largest moon,Titan
Next McDonald’s US sales in the last quarter beat analysts’ estimates 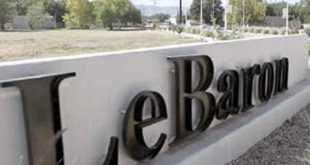