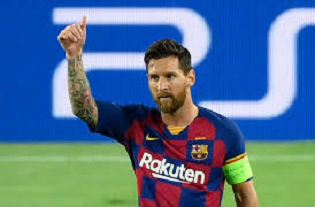 Messi wants to go to MLS, and Newell’s?

Lionel Messi yesterday granted an interview with Jordi Évole in La Sexta. The Argentine was very restrained and measured each of his words, but he left us statements and some important revelation. One of them was about his future. He did not comment on which team he would go to if he left Barcelona this summer, but he did reveal that he wants to live in the United States and know the MLS before retiring. This statement has attracted a lot of attention and not only for wanting to go to a minor league to win tickets, but for the forgetfulness of Newel’s Old Boys. Leo, where was your leprous dream?

Rosario dreamed for a long time of the return of Lionel Messi. That boy who went to Barcelona at the age of 13 for the Catalans to take charge of his treatment always spoke about the leprous club, took the mate with his shield and was very aware of the current situation of the team. La Pulga, on more than one occasion, recognized that he would like to play a season in Argentina before retiring and, of course, he would do so at Newell’s. The last message of hope came with the tribute to Maradona, with the club’s shirt. However, yesterday the dream dissolved. Messi prefers North American capital and lights than Argentine passion.

This article is not a reproach, as each one is free to do and undo as they please with their own life. Nor do I pretend to pull the newspaper library again and again to show each of the times that Leo has declared his love for Newell’s and their future meeting in the future. I just want to try to open your eyes, because the colours of a shirt matter more than the colour of money.

Leo, your site is not the United States. You are a soccer superstar, yours is the grass, the ball and the dribble, not the spotlights. If you want to succeed in the United States, they need a facet that does not match your personality. You are not a man of photo call, interviews and flashy statements. You always preferred to speak on the court. That is why MLS is not your place and it is, when you decide to leave Barcelona, ​​the Argentine league. There you can enjoy how the stands tremble when hearing your name, the songs and the passion of an audience that if they already love you, they will love you forever. 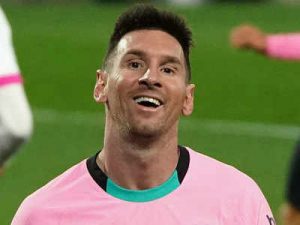