The emerging career of rapper Pop Smoke ends in an abrupt tragedy.

According to TMZ reports, the 20-year-old artist was shot dead Wednesday morning at his home in what appears to be a home invasion.

Sources say two men wearing hoods broke into his house in the Hollywood Hills where the rapper lived. Several shots were then heard. The two men then fled on foot.

Only a few hours before his death, Pop Smoke shared a selfie where we see him with a friend holding a huge bundle of tickets, which would support the theory of theft.

Others, like Nicki Minaj, believe that more sinister motives are the reason for the violent act.

Although active in the hip-hop world for a short time, Pop Smoke already stood out.

After making himself known with the song Welcome To The Party in 2019, he had the chance to collaborate with Nicki Minaj, Travis Scott, Skepta, A Boogie Wit Da Hoodie, Quavo and HER.

See the posts below:

The Bible tells us that jealousy is as cruel as the grave. Unbelievable. Rest In Peace, Pop. 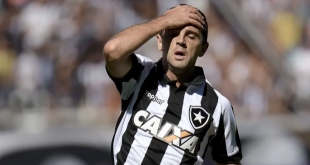 The Argentine footballer, who had an important stint in Tigre and later emigrated to the …