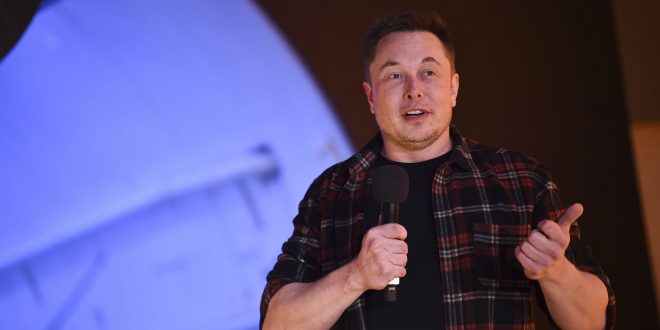 Chief Executive Officer of Tesla Inc Elon Musk has changed his name on his Twitter handle overnight and teased millions of his followers that the automotive company will be announcing something new on Thursday 2pm Pacific Time, without giving further details.

The unclear Twitter posts are a proof that Musk can put up tweets which can shift the Tesla shares despite of how little information they offer. The stock value of Tesla soared by nearly 6 percent on Wednesday and closed at $314.74, which is the company’s highest jump in the last three weeks, as the fans and followers of Musk speculated on what the news might be about. The guesses made by them ranged from launch of a new Tesla vehicle to a demo of the new driving capabilities of the company.

Notably, the upcoming news could probably be something related to the Tesla Model Y. Musk has previously spoken about launching Model Y in the month of March this year. So it can be that Tesla might be announcing about the unveiling and giving out more details about the launch of the car.

Michael Taylor, Founder of Newz Wave, has a lot of experience in business as it was his passion and he started it as a profession at an early age. His bold and bright personality allows him to fearlessly collect data and information from many sources. His experience and influence helps provide the website with all the latest news in Business niche.
Previous Study discovers traces of a weed killer chemical in famous beer and wine brands
Next A zookeeper at Jacksonville Zoo gets struck by rhino horn, suffers serious injuries