Chip Roy, a Republican congressman from Texas, said that due to the cruelty with which Mexican cartels are killed, the Trump administration must match them to organizations such as the Islamic State or Al Qaeda.

“The United States cannot close its eyes to this,” he said in an article published by The Hill portal in which he listed recent violent events in Coatzacoalcos, Veracruz; Aguililla, Michoacán; Culiacán, Sinaloa, and Bavispe, Sonora.

He said that while terrorist organizations operate very far from the US, Mexican women commit crimes closer.

Meanwhile, Josh Hawley, a Republican senator from Missouri, said his country should freeze accounts to Mexican officials who do not act against criminals, as a form of sanction.

The Mexican ambassador to the US, Martha Bárcena, responded in a letter that President López Obrador does not seek a violent confrontation with the cartels.

Louie Gohmert, a Texas congressman, said the United States “should probably consider” that it is at war against Mexican cartels.

For the practices of cruelty and torture in homicides, a Republican congressman from Texas called for US justice to classify Mexican drug cartels as “international terrorist organizations.”

The legislator Chip Roy commented in an article that there is no difference between the Islamic State and the Mexican drug cartels when they shoot throats to publish them on social networks, when they dissolve bodies in acids and when they highlight bodies to throw dismembered parts to some road.

“I am not describing ISIS or al-Qaeda, but what is happening now in many parts of our shared border with Mexico, while drug cartels fight against Mexican authorities for operational control of territory,” the congressman said in an article in The Hill portal.

He said that “the United States government cannot close its eyes to this” and said that what happened last month in Culiacán “is not an isolated act.”

He mentioned the fire of a bar in Coatzacoalcos, Veracruz, where 26 people died last August, an ambush that killed 13 state police in the vicinity of Aguililla, Michoacán, in October, and the recent massacre of women and children from the LeBarón family with dual citizenship in Sonora.

He also mentioned nine bodies that hung from a bridge near a ditch in which they found another seven dismembered.

According to Roy, since last March some legislators from his party have also requested the Secretary of State, Mike Pompeo, to reclassify Mexican drug cartels to be considered “international terrorist organizations.”

He said that while other similar organizations are a considerable geographical distance from the United States, the Mexicans operate even near the border and when visiting the Border Patrol have heard armed clashes on the Mexican side of the border.

Senator Mitt Romney also said that the violence of drug trafficking in Mexico worsens despite the long war to subdue criminal organizations.

“This is something that Mexico has been working on for a long, long time and there is still a problem and it is getting worse,” said the presidential exasperating senator.

For his part, the Texas congressman, Louie Gohmert, said in a television interview that the US government “probably should consider” that it is at war against the Mexican drug cartels.

“The best we can do is secure the border, remove 100 billion dollars that go to drug cartels, and with that all their influence disappears and Mexico could be one of the best economies in the world,” said Gohmert.

According to the congressman, a war against the cartels must be considered because the American deaths they have caused are not only those of the nine people executed this week in Sonora, but also “all Americans killed by Mexican drugs and especially with the fentanyl that It’s mixing with all the drugs. ”

With a congressman, he affirmed that “Mexican officials” rule out that the United States helps them fight crime.

Republican Senator Mike Lee said “we have narcoterrorists throughout Mexico that wreak havoc on their society and those ravages are spreading across our borders to the United States.”

“There is a lot we can do by providing resources to your law enforcement, to your military if you are willing to accept it,” he added.

Previous They Catch a Girl Giving Love to Her Partner at a Soccer Match
Next UN Call; Demand Dialogue for Peace 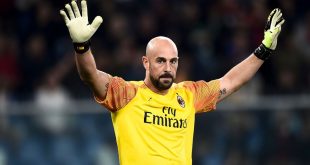