For many years Victoria’s Secret was one of the lingerie brands most desired by women and recognized in the market, wishing models from all over the world get on the catwalk of their media parade, which every year was followed by millions of spectators.

However, the brand is not at its best and after the cancellation of its parade and the controversy to promote extremely thin and unreal bodies, it now faces a new controversy: brand models denounce harassment by managers of the same.

The New York Times published a report in which it interviews more than 30 executives, employees and models of the brand, both current and previous.

They all point to the same man as the suspect of inappropriate behavior: Ed Razek, former executive of L Brands, the company to which Victoria’s Secret belongs.

In general, they accuse him of a macho and misogynist behavior, trying to kiss the models, asking them to sit on his lap or demanding that they undress for him. One of Razek’s many victims was Bella Hadid, whom the businessman harassed in 2018, as several witnesses say.

While the model adjusted her underwear to go to the catwalk, the executive said: “Forget the panties”, also making lascivious comment on her “perfect” breasts. But it is not the only name of a model that comes out.

The Canadian Andi Muise says she was punished by the brand after denouncing Razek‘s behavior and rejecting him on numerous occasions.

The manager invited her to dinner and tried to kiss her several times against her will, sending emails uploaded tones during the following months. After his rejection they did not call her again. 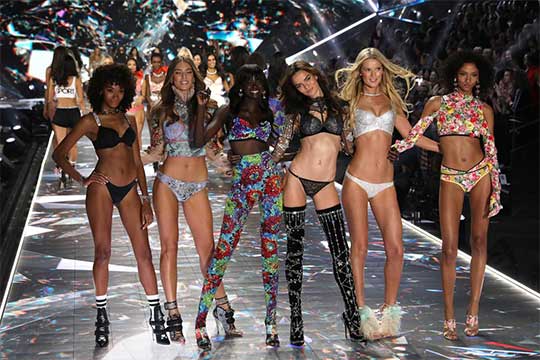 Something similar happened to the Alison Nix model that tells in the report how in 2010 she received an invitation to participate in an event to raise funds on a private island in the Caribbean. The only requirement that was communicated to them when they arrived was that they had to pose naked in a photo shoot before the objective of Russell James.

“They took us by boat and those rich men flirted with us. All the models we asked ourselves, are we here as luxury prostitutes or for a matter of charity?” Says the model who after his rejection and protest never returned to work for the brand.

But in addition, the complaint is extended to Leslie Wexner, founder and executive director of L Brands, who not only did not take action with Razek after the continued complaints filed to human resources against him, but is accused of denigrating women directly.

The report also reveals Wexner‘s relationship with Jeffrey Epstein, the sex dealer, who was posing as a Victoria’s Secret recruiter.

After the accusations by the New York Times, a spokesman for the company defends that they have made “significant advances” in the work methodology and its fulfillment and assures: “We regret any instance in which we did not achieve that objective and we are committed to the continuous improvement and complete responsibility.”

However, Razek has refused to answer and states that: “The accusations are categorically false, misunderstood or out of context. I have been fortunate to work with countless world-class models and talented professionals, and I am proud of the mutual respect we have for towards each other.”

Undoubtedly, a new case of harassment and machismo that begins to come to light after years of secrecy, as happened as the case of Harvey Weinstein.

Previous Couple Finds Safe in the Backyard of Their New House and are Speechless When They Open it [VIDEO]
Next Do Cryptocurrencies Have a Future as Global Currencies? 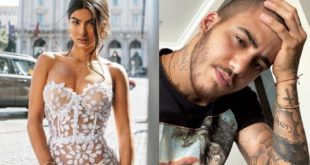